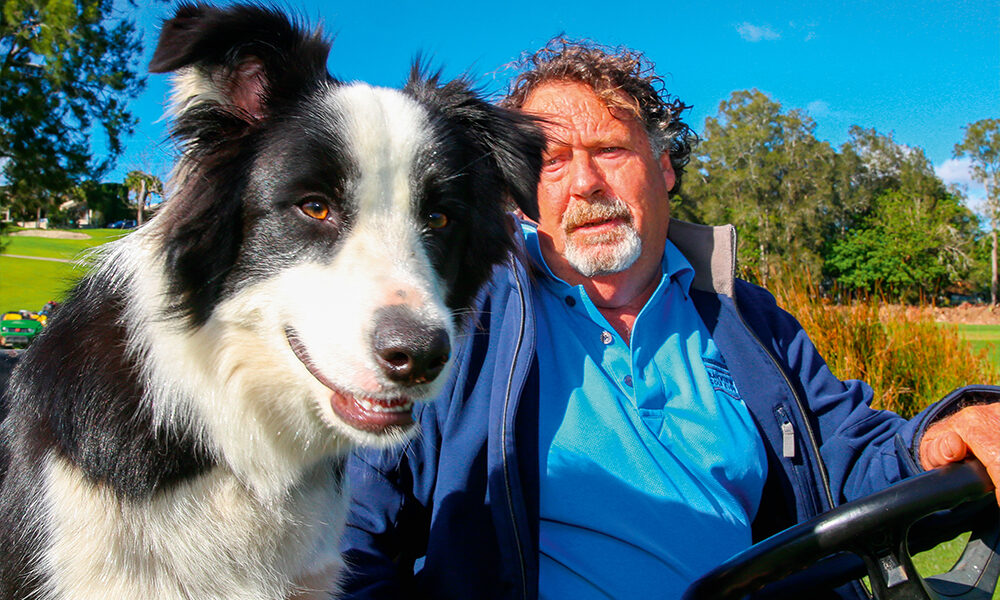 Dogs have long been at the side of course superintendents, playing their part in maintenance teams and as a loyal companion.
WORDS KAREN HARDING – Golf Australia

The only Bogey welcomed by members at Sydney’s Bayview Golf Club is a happy, busy, people-loving purebred Border Collie.

While strictly speaking owned by Bayview GC caretaker Rus Lowenthal, Bogey is everyone’s friend and an important part of the course maintenance team, answering to course super James Thomas. Bogey’s days are full and have been since he arrived at Bayview at just six weeks old.

Now a ‘mature’ one-year old, Bogey starts his day with Rus, setting up the course, and ends it with him too, checking alarms, shutting gates and other after-hours tasks. In the middle, he’s happy to hang with anyone, chasing the maintenance vehicles until he needs a rest whereupon he’ll jump in the van tray and regroup.

The one task he’s not keen on is anything to do with a pull-start. Try using a whipper- snipper or a blower in his vicinity and you can expect barks louder than the machine itself. Being a Border Collie, he attempts to round up ducks on the course, largely scoring bogey in that part of his game but ace after ace when it comes to the members.

“They love him. He’s always getting pats from them; you’ll see them coming from two fairways away to give him a pat. He loves the attention; he just rolls on his back so he can get a belly rub. He’s like that with all the staff, too, he loves everybody,” says James. 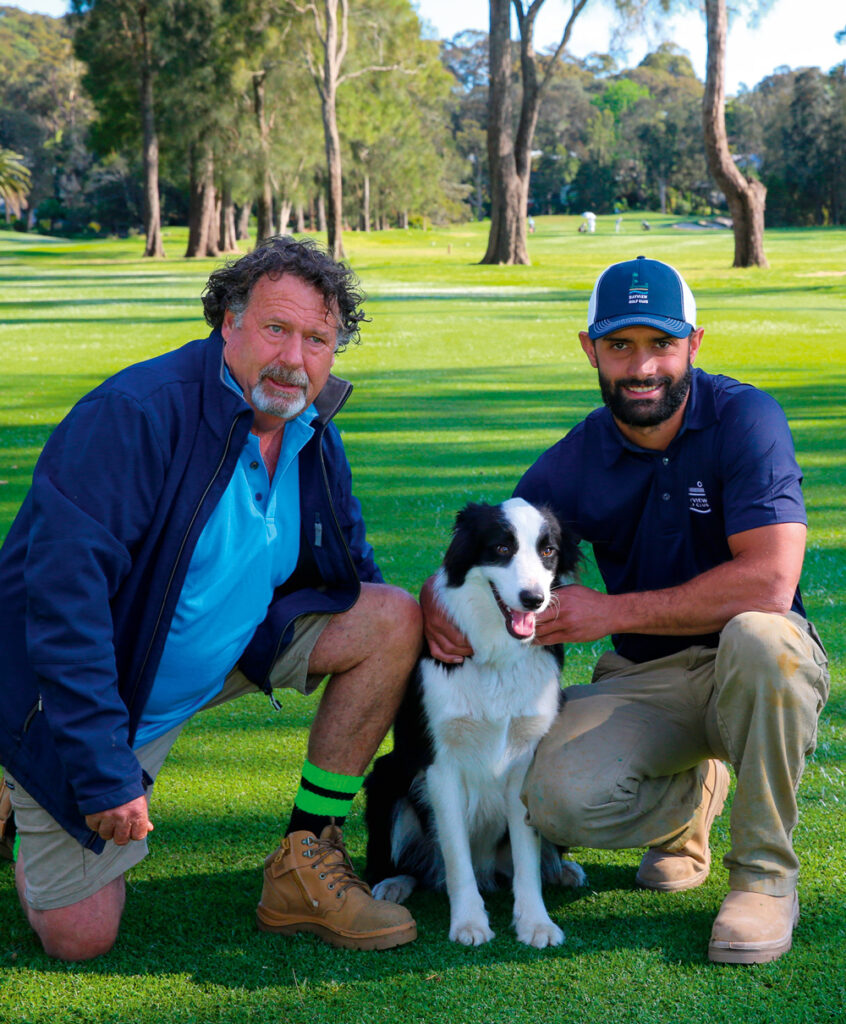 “Some people questioned his name, suggesting there were better names for him,” Rus added. “But it turns out to be a very appropriate name because he has won everybody over.”

So pup-ular is young Bogey that he has his own Instagram account, bogey the bayview border collie,  where he has 355 dedicated followers – and his own staff (the girls in the office) to manage it for him. To say he is photogenic is an understatement.

With his on-course talents and his natural people skills, this guy is management material. Better watch out, James