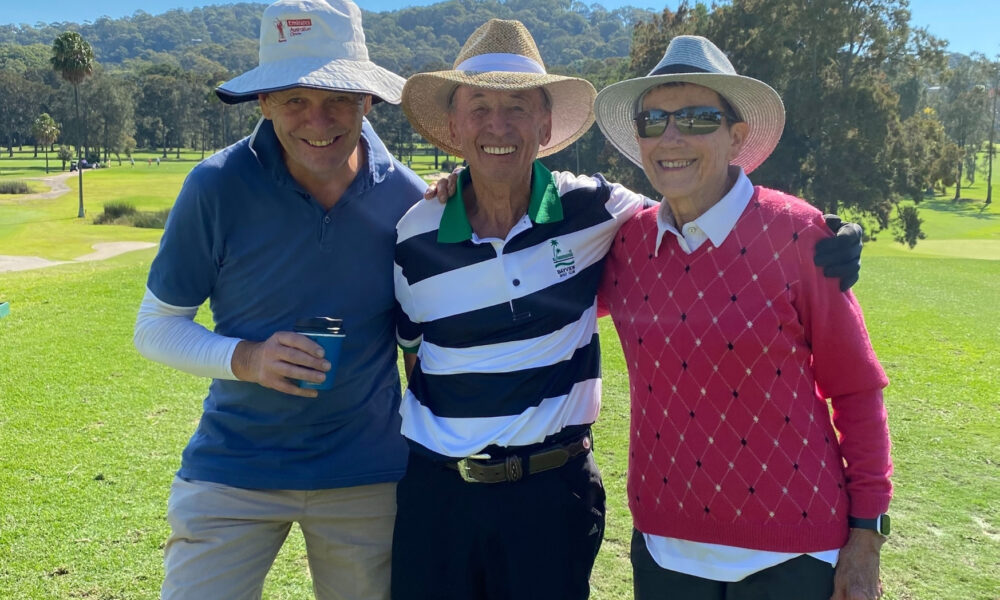 Kev Smith is a valued long time member of Bayview Golf Club and on Monday 3rd May, he undertook the challenge (for the second time) to play 50 holes in one day!

He did it this year to raise money for Foodbank NSW & ACT who have been making hampers for the families affected by the recent floods in NSW.

He had a cart driver to carry the clubs, a good friend of his and another long time member, Olwyn Johnstone. The combined total of years between us is 160 years. Another good friend of his and member, Brian Gibson, will be caddying for him. Brian’s son Luke Gibson from Precision Fresh has kindly donated $20 per hole Kev completes. Precision Fresh is a company that provides Foodbank NSW & ACT with supplies. Kev has reached $4,000 in donations!

Peninsula Living did a fantastic article on Kev:

When 75-year-old Kevin Smith was watching the flood disaster coverage in March and listened to a seven-year-old girl tell a Channel 7 reporter that, ‘Mum has gone to get food because we’re hungry, and our house has gone away and we can’t find it’, he knew he had to do something. “It nearly broke my heart,” the Pittwater local tells Peninsula Living.

He had a similar epiphany 18 months ago, when he saw the plight of our farmers during the drought. In response, ‘Kev’ decided he’d play (and walk) a marathon 50 holes in one day at Bayview Golf Club, where he has been a member for more than 30 years. He then asked friends and the local community to support him by donating to Rural Aid.
“We raised a few bucks and sent it off,” he says modestly.“[Rural Aid] sent a note back, which was lovely. They bought six large bales of hay, four drinking water tanks and organised four consultations for farmers who were battling mentally.”

Now, the 14-handicapper is ready to repeat the effort, with every cent this time to go to Food Bank – which can supply two meals to flood victims for every $1 raised.
Kev will tee off at first light on Monday 3 May, with fellow club members Olwyn Johnstone and Brian Gibson offering their services as cart driver and caddie respectively. He will stride on without a break over the course of the day, except for a quick change of clothes after the opening 18 holes. He has no doubt he can handle the physical grind. While it doesn’t include the swinging of a golf club three or four times every 400 metres, Kev does walk about six kilometres daily from his Bayview home to Mona Vale Hospital, skirting the beach on the return leg. It goes without saying that he spends a fair bit of time walking up and down fairways too. Asked if he expects his game to improve the more holes he plays, Kev laughs, “Golf doesn’t work that way, you know that!”
Kev’s GoFundMe page has a goal of $1,000 but obviously he is hoping to blitz that. To get behind Kev and donate to those ravaged by the floods, visit gofundme.com/f/kevs-50-holes-for-food-bank.

Click here to view his Go Fund Me Page.

Click here to read the digital article by Peninsula Living. 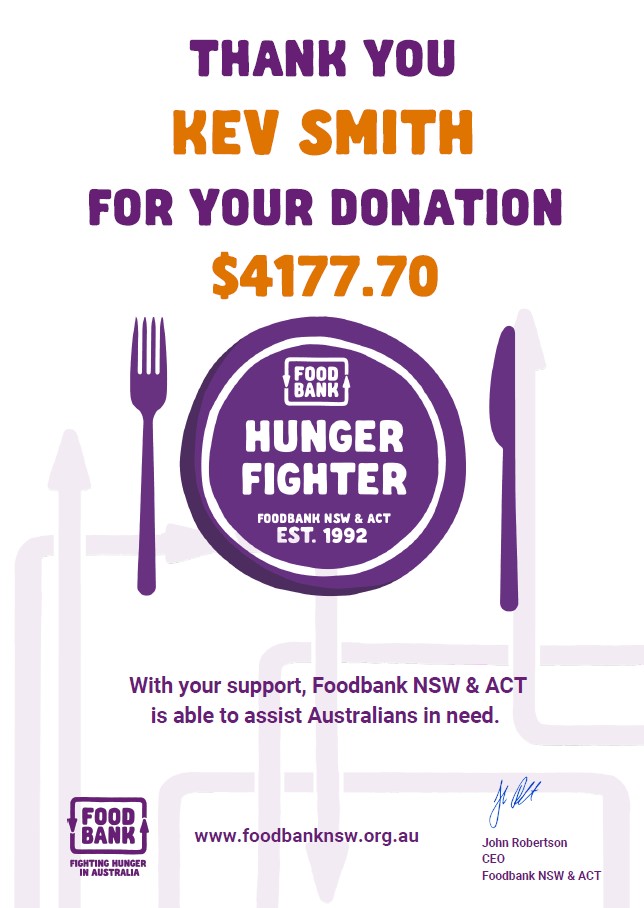